Had to drop out of the WIP Big Bang because of college-related bullshit. Finished college; promptly ended up at business school. Still not entirely sure what I'm doing here, but it's been a month since transplantation and I'm beginning to find my groove again. Kinda glad to have got out of Delhi for a while; I think I needed this breather. Never settling anywhere but a metropolitan city, though. *crosses fingers for Bombay because Bombay is freaking awesome*

Anyway. Have two (short, per usual) fics I haven't linked here yet:
Signum, in which Tony, alcohol and non-consensual drug use do not mix
Mayhap, in which an exhausted Tony gets a much-needed hug

It may also interest you to know that I dressed as Antonia Stark this February, for the college cultural festival (the event was a pop-culture treasure hunt.) It was a lot easier to dress as Tony than Jim Kirk, because I have brown eyes and am not blonde and also look the bomb in a business suit. (Not really. I just look good-ish in a business suit. :P)

If you really like Tony-Stark-related heartbreak, you might also want to check out some of my Tumblr tag commentary. ...Admittedly it mostly consists of SOMEBODY HUG THIS MAN RIGHT THE FUCK NOW. 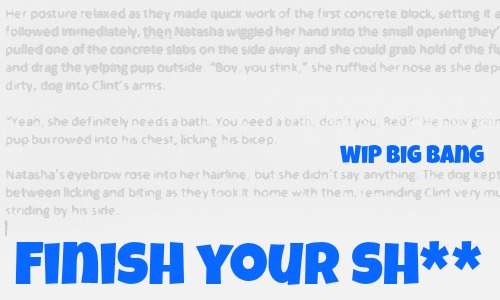 Both prompt fills from avengerkink:

Caffè Flambé (1210 words), in which the story of Tony's life is told in cups of coffee

Crystal (470 words), in which deaged!Tony hurts, and doesn't know why

Did I think my Avengers voice was significantly different from my Trek voice, because apparently I was dead freakin' wrong.

Rating: Teen, I guess (no explicit content, just some language)

Disclaimer: I would not say no to a Tony-cat of my own...

Summary: Tony wakes up on the floor of his workshop...with eight very familiar people.

A/N: This is a fill for my own prompt (I know, I know) here, because

princess_aleera are the best. *hugs both of you*
I couldn't get as much Steve, Clint or Thor as I wanted into this, but hopefully it'll work reasonably well anyway, yeah? :D
(Also, not editing this, because once I start I'll never stop.)
And now back to Trek for me. ;)

Because apparently when I'm fond of a character I gif their suffering.
( Collapse )

escape_vitriol and throw this journal open, so to speak. A sort of housewarming journal entry, then. ;)

Cruise Control 'verse is underway - I seem to have a whole bunch of isolated scenes from it in my head, and need to figure out how to tie them together and bring them to a satisfactory conclusion - as is the creation of icons for this account. Until then, REJOICE IN THE CAR PUNS. :P I've never gone this insane with puns before, what's got into me. XD
Collapse